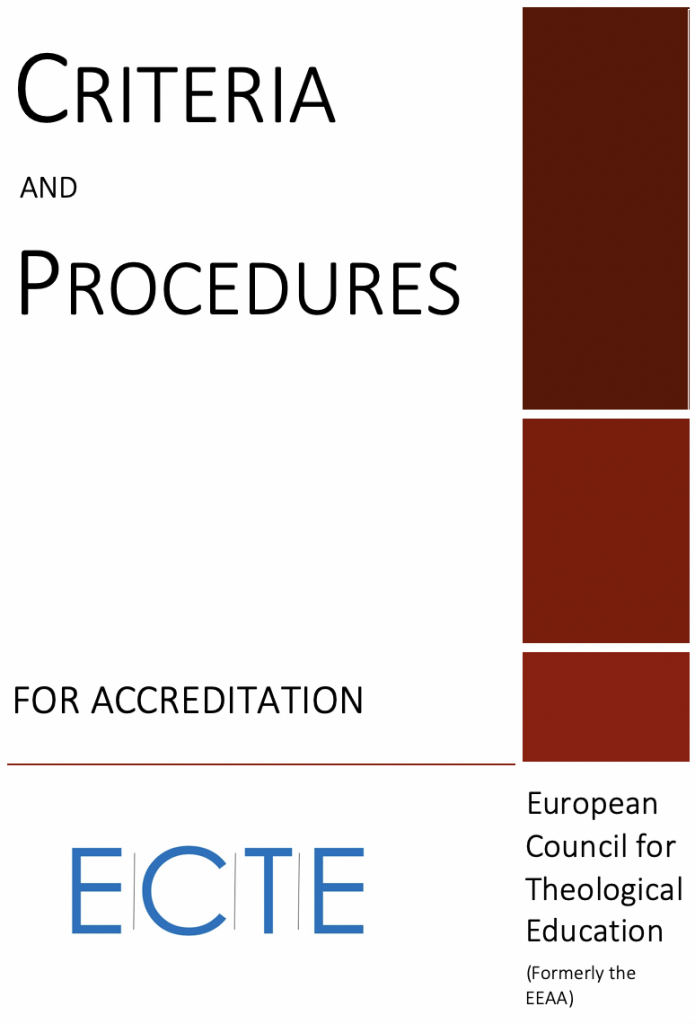 Through membership, the ECTE seeks to create an institutional network that groups academic units together for multiple purposes and that promotes projects that deal with multiple aspects and persons involved in theological education.

The fundamental criteria for Regular Membership in the ECTE are:

The following steps lead to achieving regular Membership in the ECTE:

The ECTE reserves the right to refuse or revoke membership of institutions that do not comply with its Core Values. Appeals may be made following the ECTE Appeals Policy.

All documents and forms are to be sent digitally, in English, by email to the ECTE addresses that are provided (Translation provisions can be discussed for institutions whose main language of delivery is not English).  Official communication from the ECTE will also occur by email. It is the responsibility of the institution to inform the ECTE of the email addresses that will be used in the accreditation process.

The fundamental criteria for Associate Membership in the ECTE are:

The following steps lead to achieving regular Membership in the ECTE:

Suspension or revoking membership. The ECTE reserves the right to suspend or revoke membership to members that do not comply with the ECTE Core Values or the ECTE’s statutes or are not in line with their fee payments.  Institutions or organizations which are two years or more behind with their payments of fees will receive a formal notice, after which their membership will be suspended.  If, after being suspended for two years, institutions have still not settled their arrear payments, their membership will be revoked, and they will need to apply again. Institutions which have a strong case for reduction of fees due to un-usual financial constraints should appeal to council for this with supporting documentation and these will be considered on a case by case basis.

For a general introduction to the ECTE see Introducing the ECTE.