The ECTE is an agency that has demonstrated over time to have adequate and appropriate human resources to carry out its work. The ECTE Council and VET teams normally operate on a volunteer basis and select staff positions are remunerated.

On 1 September 2021, the following revised organisational structure was approved by the General Assembly (implementation of the new structure will be complete by 1 January 2022).

The Governing Board is composed by the Chairman and Vice Chairman of the ECTE Council who are elected by the General Assembly and, according to §26 of BGB (Civil Law) of the FRG, they are the legal representatives of the association and legally accountable for all transactions. The Governing Board monitors compliance with regulations of legislator, assures the vision, mission, strategies and core values of the agency, leads in strategic planning and vision-casting, assures financial stewardship, prepares Council meetings and agenda (with GS) and chairs meetings assuring proper procedures, leads the staff, leads the General Assembly, relates outwards to stakeholders and establishes hew relationships.

The ECTE Council normally consists of nine members elected by the General Assembly which is to give due consideration to the various language areas of Europe. The Council decides on its by-laws according to which its business is conducted, and elections are held. The functions of the Council are: 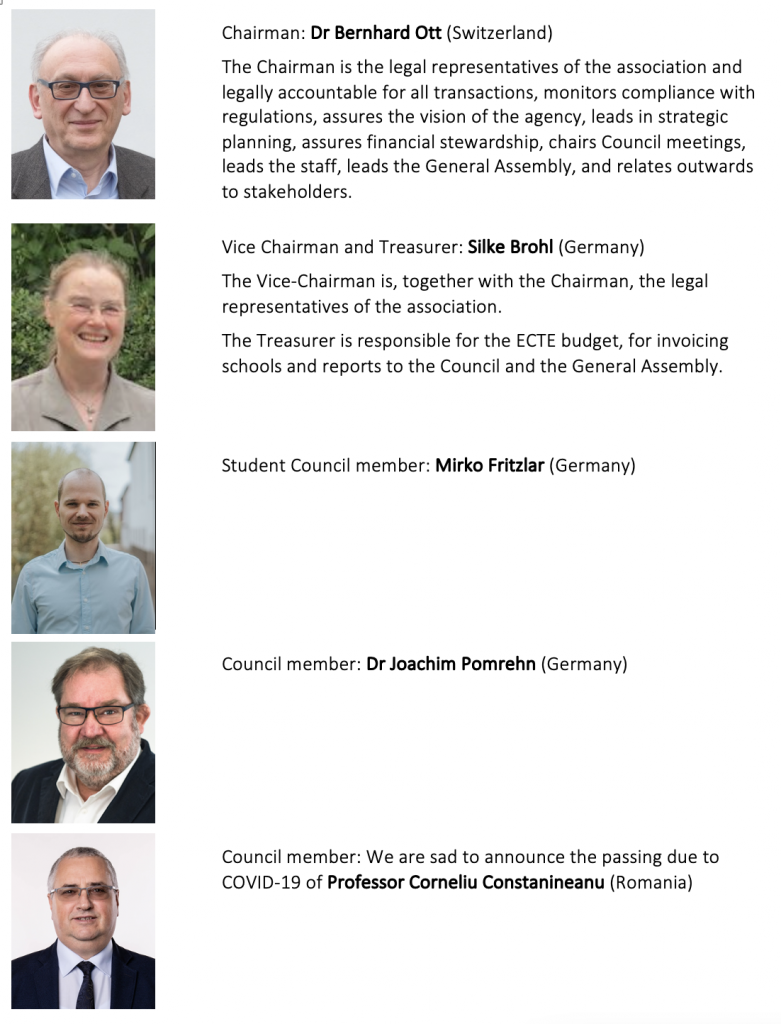 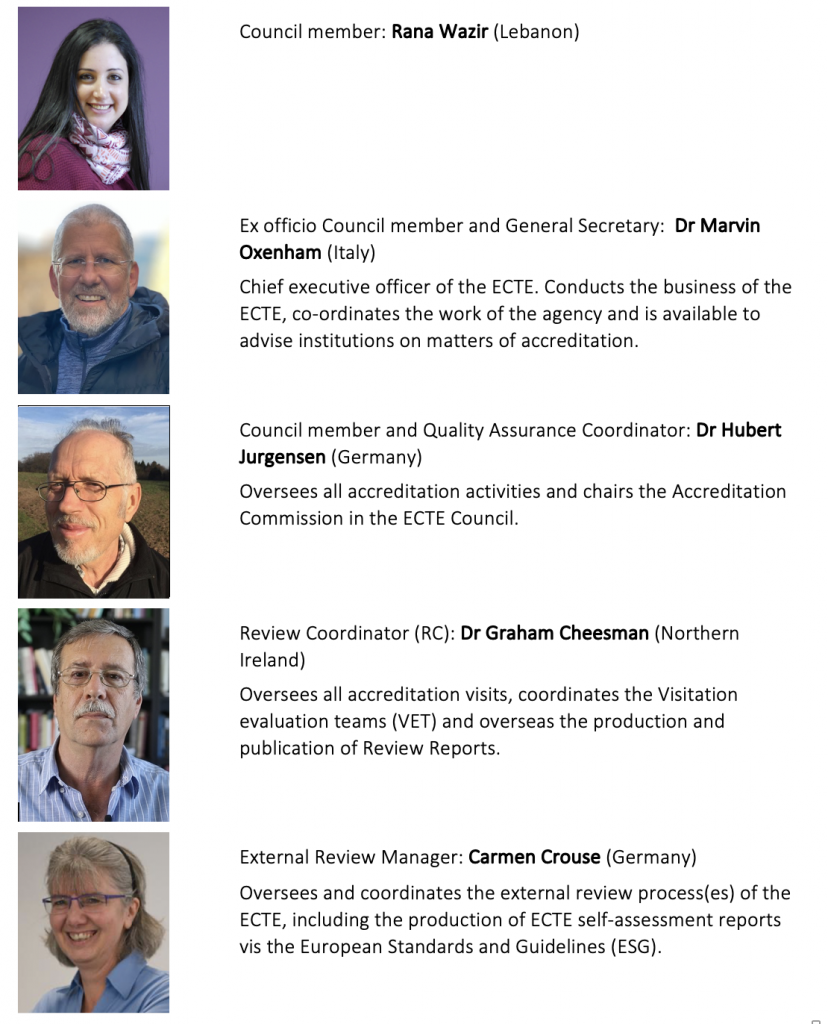 The following chart summarises the stakeholders represented on the ECTE Council as of 2020.

For a general introduction to the ECTE’s identity, activities and organisations see Introducing the ECTE (valid until January 2022 revision).